Will the 2021 MacBook Pros Be Perfect for College Students? 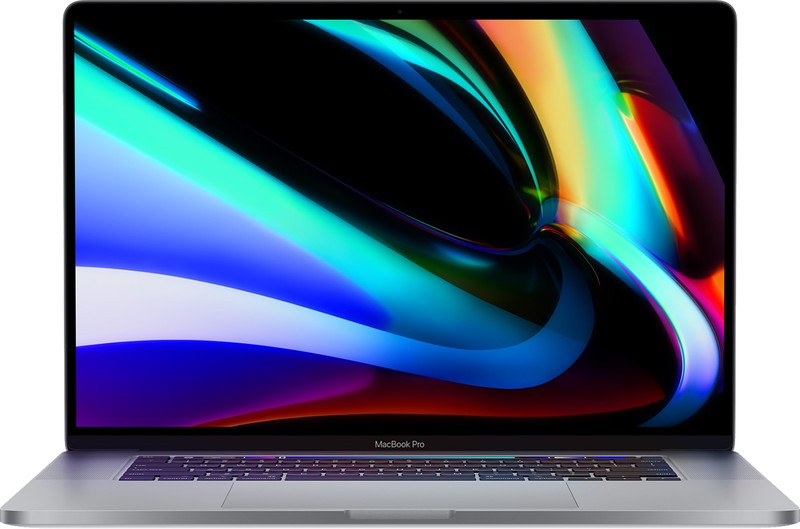 Looking for a new computer to start off the semester? Apple may be creating just the computer for you if the rumors regarding the 2021 MacBook Pro are true! With the release of Apple’s custom M1 chip featured in the 2020 MacBook Air, 2020 MacBook Pro 13-inch, and 2020 Mac Mini, users have begun to speculate what might be Apple’s next move for newer models which may feature improvements to the design and performance of the machines. According to notorious Apple speculator, Ming-Chi Kuo, Apple is working on developing two new MacBook Pro models with 14-inch and 16-inch screen sizes. They also mention that new MacBook models may no longer feature the touch-bar that the 2016 models began shipping with as well as the return of the beloved MagSafe charging connector that protects your MacBook in the event you trip over its charging cable by simple detaching itself from your laptop unlike the 2016-2020 models. Apple is also rumored to be adding back full-sized ports back to the pro-grade MacBook’s. Could this be the end of “#DongleLife”?

Let’s go through the rumors and discuss how they may benefit or hurt you as a college student.

There will be two models of MacBook Pro: the 14-Inch display and a 16-Inch display. Apple is bringing the MacBook Pro into the modern age. Laptop screens are getting bigger, and Apple is finally starting to see this trend. Even if they don’t change the physical form-factor of the MacBook Pro to accomplish this increase to the screen size, many Apple users will agree that the borders around the edges of the screen are a little too thick for the current year. Many people think that if Apple can pull off the bezels being so thin, with the iPhone 12 having the thinnest yet, they should be able to achieve something like that with the new MacBook Pro’s.

Back in 2019, Apple released a 16-inch Intel-based MacBook Pro which may be able to give us some idea as to what these new screens might look like. Ming-Chi Kuo doesn’t say much regarding the possible use of Mini-LED in these new MacBook Pro’s, but only time will tell what comes to fruition. If you’re someone who likes having a large screen to multi-task with while doing assignments for class, playing your favorite indie-game, or watching Netflix, these upgraded screens might be what you are looking for.

The new MacBook’s will feature an all-new design that resembles current-generation iPads and the iPhone 12, which features flat edges instead of the curved edges current generations have. The new MacBook Pros are rumored to be featuring a new chassis design, like the current generation of iPads and the iPhone 12. If you or someone you know has an iPhone 12, ask them if you can have a look at it. Notice how the edges are flat and the top and bottom is totally flat as well! That design language may come to the new MacBook Pro if the rumor turns out to be true. The only downside with this design change is that if you have a case you use on your current MacBook Pro, you may need to purchase another since that case may no longer fit.

Apple’s MagSafe connector might be returning to the MacBook Pro! It seems unlikely that Apple will borrow from the design of MagSafe that was implemented with the iPhone 12. But I can imagine them bringing it back to resemble the functionality of the MagSafe 2 connector the 2012 Retina MacBook’s introduced with some upgrades to allow the new models to charge at faster speeds like they already do with the current generations. If you’re in the Falcon Center or anywhere else where people are in close enough proximity to you to be able to trip over your charger cable, this feature will literally save your MacBook by making the charger just pop out. As for possible downsides to this upgrade, you might no longer be able to choose which side you want to charge from and might end up with a dedicated charging port on the left side, like the previous generation of MacBook’s going from 2015 to earlier.

The OLED Touch bar will be removed, with physical buttons taking their place. When the 2016 MacBook Pro came out with the Touch Bar, it might’ve had to take a little bit of getting used to regarding muscle memory, but eventually, you could. However, there were a few conceptual flaws noticed with the Touch Bar. Software isn’t perfect and replacing actual physical and tactile buttons with virtual ones underneath a sheet of glass is an interesting design choice. What were you to do in the event the systems that control the Touch Bar froze up and stopped working? Apple later fixed this glitch with software updates but for some reason, they backtracked a little with the latest generations, by choosing to bring back a physical escape key. And that’s basically all they’ve done to the design of the Touch Bar. Given that the Touch Bar has seen hardly any improvements since it was first unveiled in 2016, they might’ve given up on the future of the Touch Bar. The Touch Bar can only be found on MacBook Pros, not even on the Mac Pro or iMac Pro. Maybe Apple has finally begun to learn that the Touch Bar has become stagnant and will remove it in future models? Or will they surprise us with an all-new redesign of it as well?

There doesn’t look to be any plans of Apple bringing Intel versions of these laptops to the market. Rumors point to Apple keeping the current cooling system used on current-generation MacBook Pro’s but not being used by an Intel CPU. Apple usually will stand by its decisions when it comes to a huge change they made. The development and later introduction of the Apple M1 CPU is possibly their largest one yet. It wouldn’t make any sense for them to commit to such a huge change, then revert that decision in such a short period of time by releasing an Intel-based Mac. It’s looking like the Apple Silicon-based Macs are here to stay for a while, quite possibly the foreseeable future.

You may be asking how this may benefit you as a college student. Since these new Macs no longer share similar DNA to PC’s that run Windows, you might not be able to run some of your favorite Apps that you could on your Intel Mac. However, that doesn’t seem to be an issue when Apple introduced Rosetta 2, as a sort of translation layer the allows Apps coded for use on an Intel Mac to run on an Apple Silicon-based Mac. There are a few edge-cases of Intel Apps not running on the new generation of Macs, but software developers are acting fast to make sure these apps work on the new Macs. With the end of Intel-based Macs comes a few improvements, but one major one that will benefit many college students: increased power efficiency. With the current generation of MacBook Pro, you get about 10 hours of battery life out of it before seeking out an outlet in the middle of the day. These new Macs are boasting almost 20 hours of battery life under normal use; a single charge could last throughout the entire day.

The new models will be equipped with “full-sized” I/O ports and thus users will not have to purchase as many dongles, if at all. This rumor may be bizarre, but for some reason, Apple has been in the mood to kill off ports instead of bringing them back. What made them have the sudden change of heart? Apple might still be betting on the future of USB-C for the foreseeable future. It’s odd that they would add in the old style of USB-A when they’re obsessed with making their MacBook’s as thin as they can.

As Tech YouTuber, Rene Richie, said, “Why would Apple bring back USB-A for a Pro market, when they don’t even ship iPhones with USB-A cables anymore?”

Apple does occasionally backtrack, but it’s rare when they do. They could be bringing back a few ports such as an SD-Card reader and some type of display output, like HDMI. It would make sense for use by a college student who needs to use their MacBook Pro to give a presentation. There must be some other reason behind it. Maybe they want to try to sell you a secondary display to go with your new MacBook Pro, and the only way they can is if they include a dedicated port for that new display built-in.

These six rumors sound amazing for the MacBook Pro. Hopefully, 2021 will be the year Apple makes another MacBook Pro that takes the title of Best MacBook Pro Ever by the Apple community. You might be asking yourself when you can get your hands on these new Macs. According to Ming-Chi Kuo, we may see them in the 3rd quarter of 2021. We won’t be seeing them this March or even this summer at the WWDC 2021 event.

WWDC is usually the time we see new Macs be unveiled, so the timing is odd for sure. The timing lines up to being released around the same time as Apple also releases their new iPhones being around September or October. Maybe the saying, “Good things come to those who wait” might be true this year? Only time will tell.