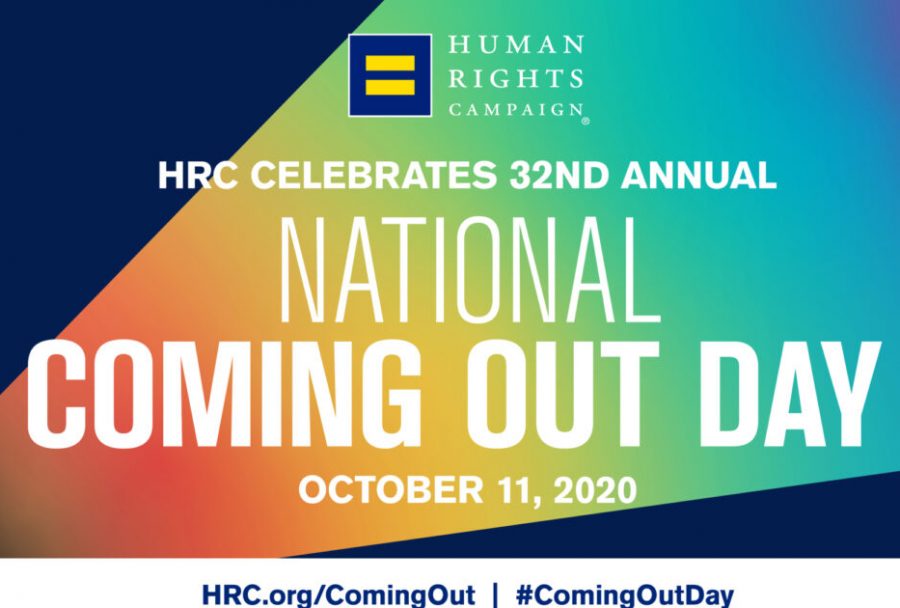 The Human Rights Campaign (HRC) has a big role in Coming Out Day every year. The HRC gets people involved from all over the country with programs to help youth and advice on coming out, such as “HRC’s Coming Out Center”. The Coming Out Center is an online center that has many resources on how to come out safely based on aspects such as your sexual orientation, gender identity, religion, race, etc.

Falcons w/ Pride is a Fairmont State student organization that acts as a safe and inclusive space for members of the LGBTQA + community on campus. The organization meets every other Thursday at 12:30 p.m. on Teams.

The members of Falcons w/ Pride celebrated this year’s National Coming Out Day by painting the campus bell that is located in front of Turley. They used a variety of colors and LGBTQA+ pride flag designs to paint the bell, as well as place multiple miniature pride flags in the lawn.

“On National Coming Out Day, it is important for us to celebrate and remember that everyone is valid and loved including those who are out, not out, or somewhere in between” said the Director of Falcons w/ Pride, Zettie Bowling.